Countdown has truely begun to the installation of the ‘Electrolier’ an exact replica of the central light fitting installed in the Plaza in 1932 and one of the final parts of our ‘Light Up The Plaza’ fundraising campaign which relied on the generousity of our supporters to reinstate the ceiling ley lights, window LEDs and the crowning glory the Electrolier. 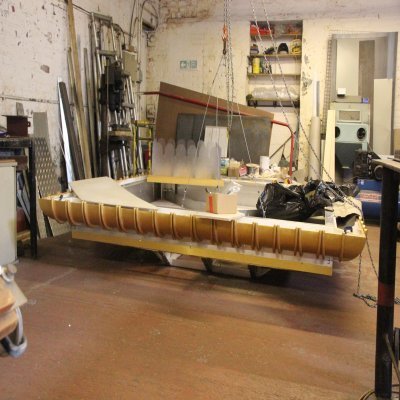 The Electrolier which was the collective name for such art works of creative lighting, the name of which which was analogous to chandlier from which it was formed were at the height of their popularity when the Plaza was born in October 1932 and were usually pendent styled fittings suspended from ceilings for holding electric lights. 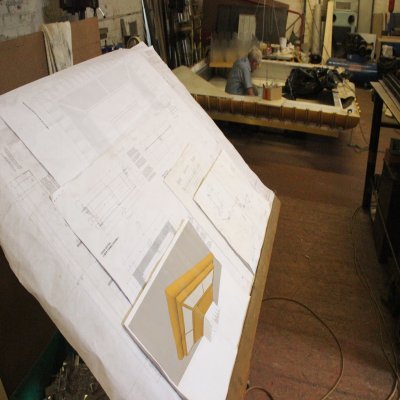 The extensive and detailed plans are a feat of engineering and have been expertly interpreted to create what promises to be the crowning glory of our auditorium whilst under the supervision of our Technical Director Gary Trinder and our master carpenter Roy Aspinall, a new winch system has been installed inside the roof void at the Plaza, weight testings and compliant safety systems implemented and now we count down to the installation day later this month. 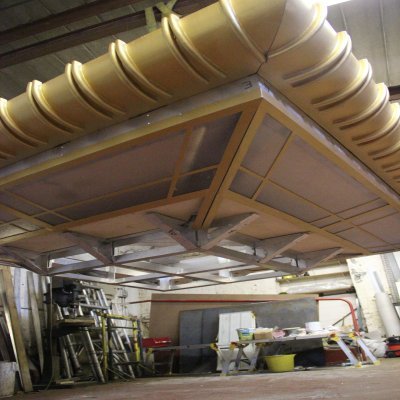