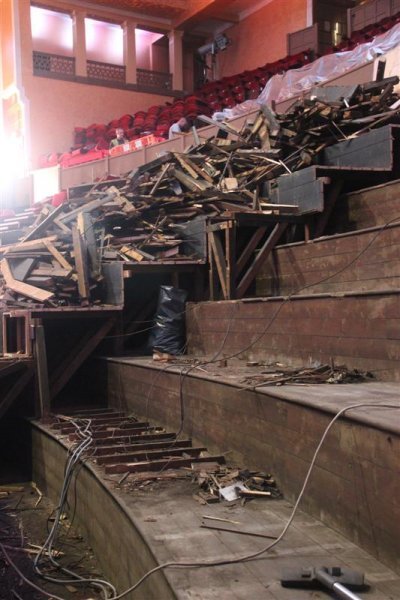 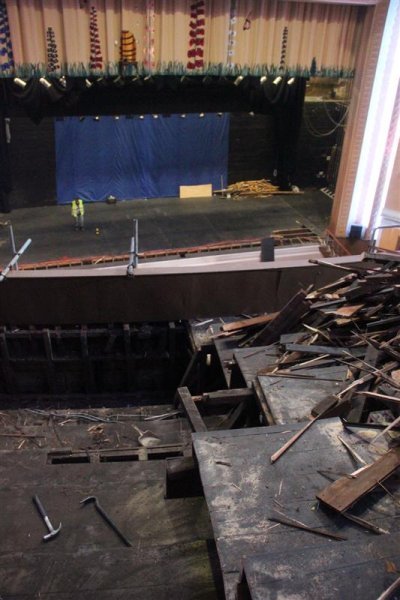 As sections of the circle were removed and the mounds of discarded timbers grew the architectural integrity of our auditorium was slowly restored and revealed the excellent sightlines which had been lost in 1937 when the ‘new circle’ was installed. 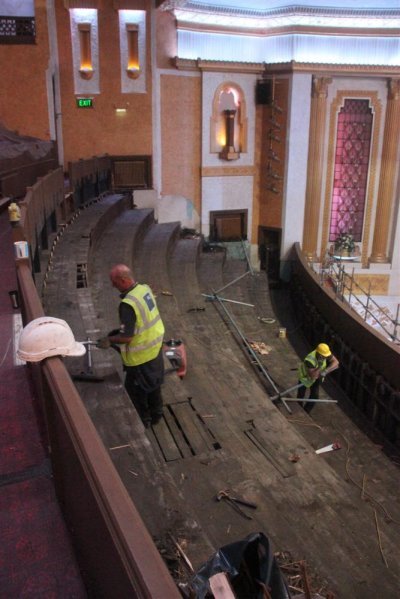 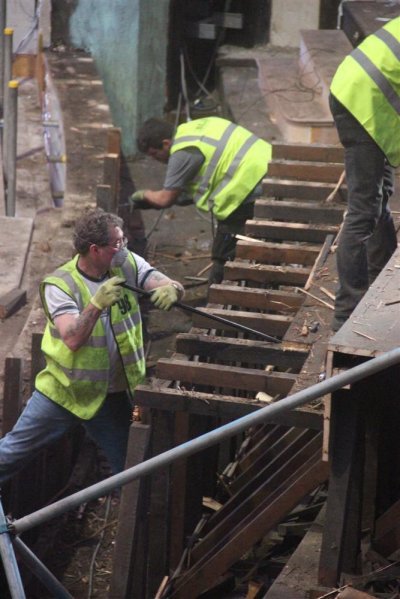 Our heritage experts removed each layer to reveal the original floors of the circle where initially we will reinstate the existing seating untill we have raised the funds for replicas of the originals to be installed hopefully in 2014. 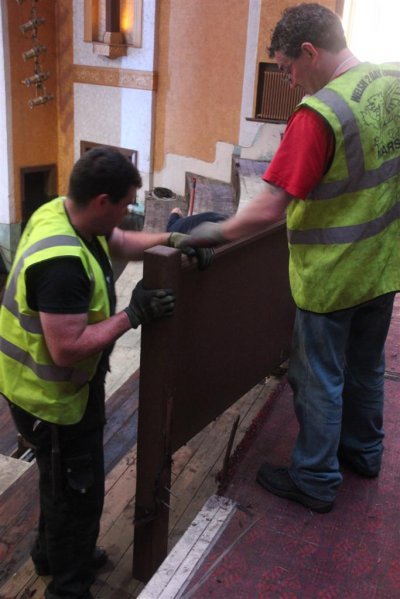 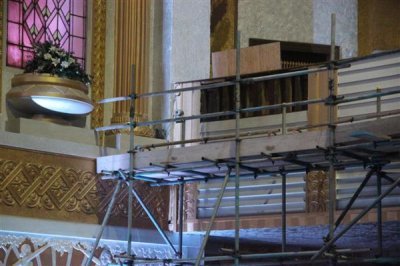 Alongside the circle works our stage which had reached the end of its useful life has been dismantled and the replacement reclaimed Canadian Maple which in a former life was a basketball court was delivered and prepared ready for installation. 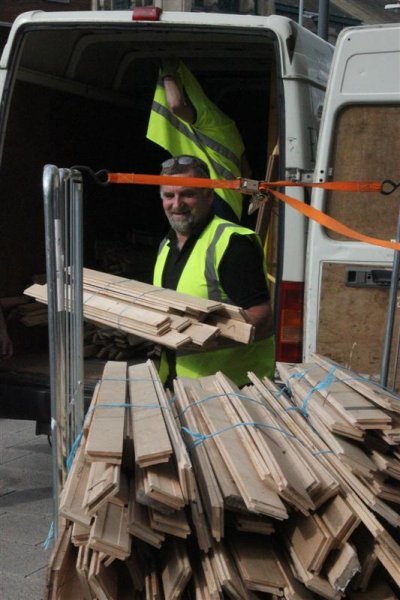 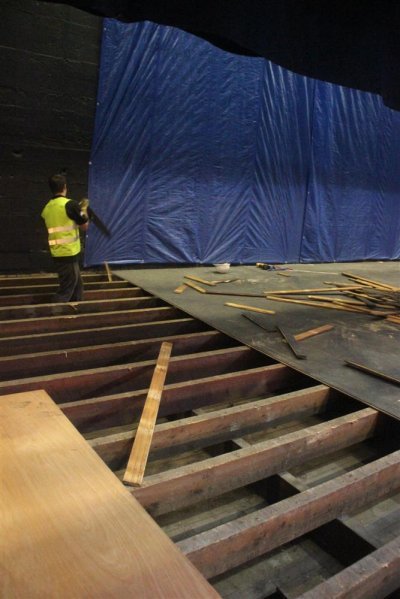 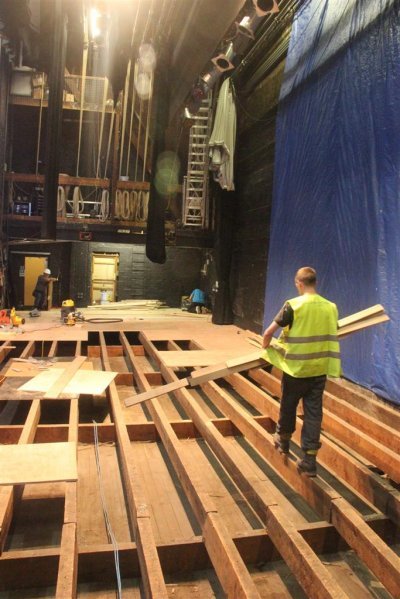