Recently we shared with the you the problems that can be hidden away behind the glories of the beautiful facades of the Plaza when water ingress caused dormant dry rot to start its march of damage on the left hand side of our Circle.

Following the repair and restoration works we undertook investigations into other sections of the Circle and though primarily we had a clean bill of health, more dry rot was found in the right hand side entrance lobby and what was left of the transom window frame which had been boxed in at some point in the Plaza’s long and glorious history.

Following the repair of the dry rot, works have commenced on creating replica transom windows for the circle entrance that will evoke the design intent of the original supervising architect William Thornley. 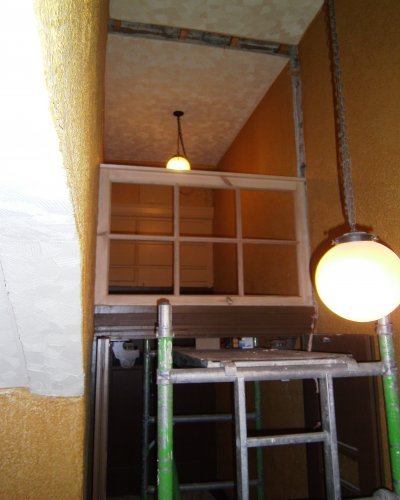 The transom windows were a design concept that were not in keeping with the original plans for The Plaza set down by contracted architects Drury and Gomersall, as they are distinctive design features of an earlier period entertained by Mr Thornley from the 1920’s. The original plans for the Plaza were similar to those of her sister Super Cinema The Regal in Altrincham built in 1931 and unfortunately destroyed by fire on January 6th 1956 and the installation of the windows were due primarily to the large bulk head walls leading into the circle to enhance and create a more attractive entrance to the seating area.

The transom windows are painted on the auditorium side of the entrance corridors to cesate light flooding into the circle, whilst the outer windows have opaque glass designed to admit the glow of light from the suspended blown glass globes on the main staircase to enhance the lighting feature in the entrance passage. 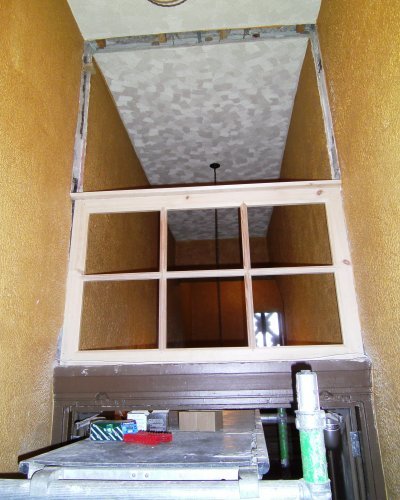