With a crescendo of soaring melodies and a gleam of beautifully coloured light glinting through the full restored etched glass panels in the surround our Mighty Compton organ rose to her rightful place as one of the finest Cinema organs in the country and without doubt ensured that she claimed her position as one of the greatest assets of The Plaza which has survived intact and in full working order since The Plaza was opened on October 7th 1932.

The Plaza organ was built by John Compton Organ Co. Ltd. and was the first Compton Theatre Organ to be built with sunburst decorative glass panels, illuminated in various colours. It was instruments, like The Plaza organ, that encapsulated the spirit and atmosphere of 1930’s Super Cinema. 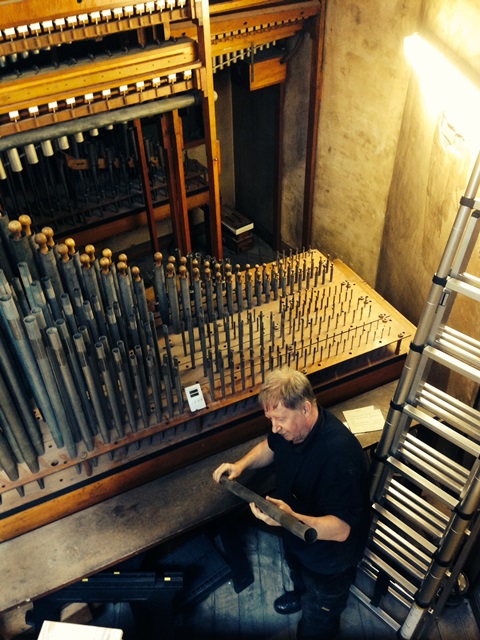 The Compton organ is a three manual instrument of special design with a unique 150 stop tab layout which was designed for the Plaza and her sister cinema the Regal in Altrincham by Norman Cocker the resident organist from Manchester Cathedral and Arthur Ward one of the original Directors of the Stockport Plaza when she was built in 1932 plus 42 toe and thumb pistons. It has 11 ranks of pipes situated in 2 chambers, one over the other, concealed behind the decorative grill in the wall to the right of the stage. There is no electric amplification, as the magnificent sound is produced straight from the organ pipes. The organist controls the volume by the swell pedals, which open and close the shutters in the grill. Positioned on a lift, the organ rises out of the floor and fills The Plaza with sound before shows, during silent movies, variety acts and musical interludes between films.

Apart from the orchestral sounds of traditional instruments, the organ can supply a vast range of effects from sleigh bells to aircraft and sea sounds. 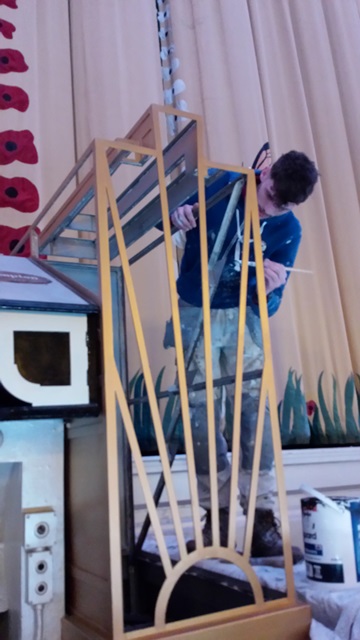 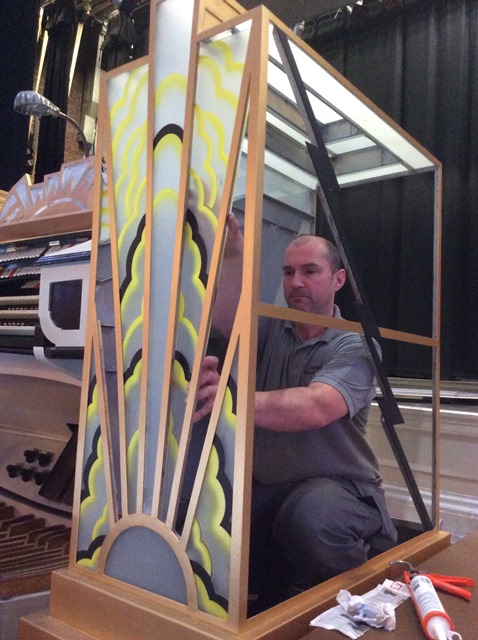 The illuminated glass in the console was repaired, after it shattered when a lift cable broke in the 1960’s but the Compton has never really been out of use. Even in the bingo era, concerts were organized twice a year by The Theatre Organ Club and over 80 years on, the organ is still as majestic as ever and has played a major part in most events at the Plaza since it’s re-opening, attracting musicians from all over the United Kingdom. 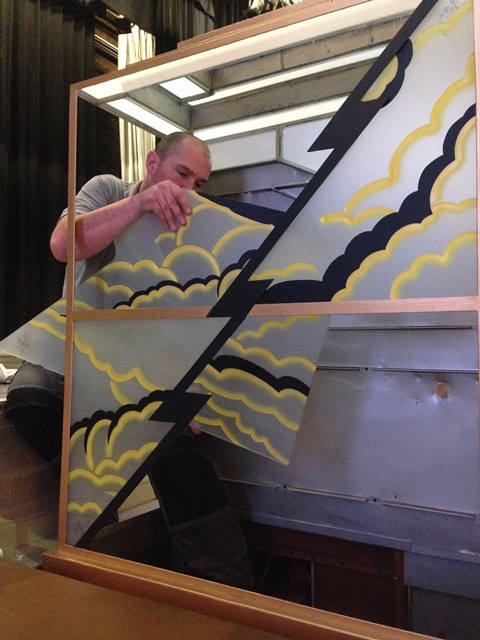 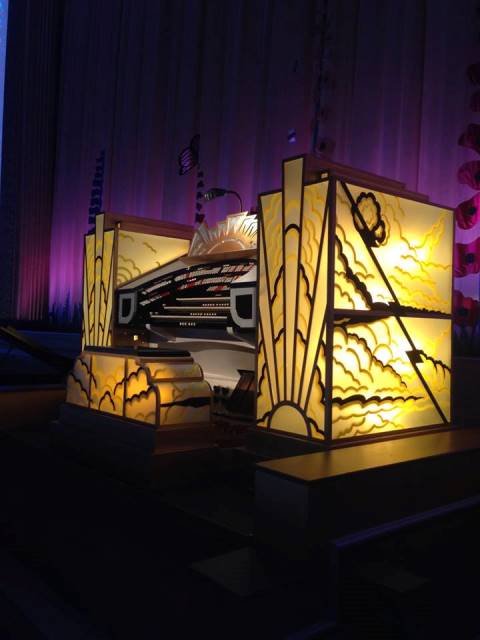 Under the expert guidance and management of Gary Trinder our Vice Chairman and Technical Director, Jardines Organ Builders undertook the specialist works which have enabled us to retore the rich variety of tones our Compton Organ will once again be acclaimed for and as the final panels of etched glass were installed by Cheshire Stained Glass and the internal lights once again gleamed out as The Mighty Compton rose in multicoloured splendour we collectively applaud the hard work and dediction which has yet another aspect of this magnificent award winning building completed for yourselves and future generations to enjoy.