The Plaza proudly announces PLUS at The Plaza!

We are very proud to announce that PLUS – People Like Us Stockport (or PLUS for short) the social group for the local Gay, Lesbian, Bisexual and Trans community in Stockport and The Plaza are teaming up to launch “PLUS at The Plaza” during LGBT History Month in February 2018.

The first event to commence this wonderful link will be a screening of the award winning feature film “PRIDE” (Cert 15) about solidarity between activists and mineworkers during the 1984-85 strike against pit closures and the event features an introduction by Mike Jackson a gay rights activist who inspired the BAFTA award-winning film.

Mike Jackson, was a founding member of the Lesbians and Gays Support the Miners (LGSM) group which came to the aid of a Welsh mining village in the midst of strike action during the 1980s.

PLUS and The Plaza renews the close links between the two organisations and we hope this will lead to a strong connection which will reflect Stockport’s diverse community.

The Screening of PRIDE (Cert 15) along with a chance to not only ask Questions with Mike but to see the superb short film ‘Dancing in Dulais’ showing footage from the 1980s relating to the story of PRIDE will take place on Friday 16th February at 7.00pm and tickets will be on sale this week. 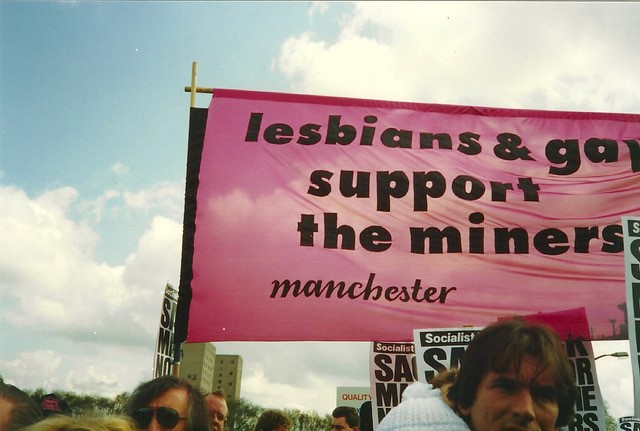